Ramon Gallego and Tono Huelin haș already left their positions at the IHF. But they are not alone. Javier Moure Fernandez and Francois Garcia has also left in protest to the IHF president. Handbollskanalen has been in contact with Moure Fernandez.

After Ramon Gallego and Tono Huelin two more IHF lecturers has decides to quit all jobs related to the IHF in protest to the IHF president Hassan Moustafa.

But now he and Francois Garcia has decided to quit in protest. Handbollskanalen has had email contact with Moure Fernandez.

Why did you decide to quit all positions related to the IHF?

– I do love handball since I was 10. It has been a main part of my life since then, first as a player and later as a referee. Therefore, this decision has been difficult to take, but we cannot allow any doubt about the professionality of the referees at all. There should be no shadow over the figure of the referees at any level.

– Ramón Gallego and his team have fighted very strongly to prevent this kind of situation that now is happening. It is a very capricious, unfair and unjust measure from the Executive Committee to have decided to exclude Ramón Gallego from the OOGG, punishing him because of his unconditional defense of the honesty of our referees, and his wish of having the best skilled in the most important events, no matter what their gender or nationality are.

– Referees must always be independent and not influenced by the criticism of teams or federations. Consequently, the Chairman of the Playing Rules and Refereeing Commission cannot be influenced at all in his work by any kind of pressure coming from the federations.

– It is an insult first to the PRC Chairman, and then to all referees and PRC Lecturers. For all the above, considering it as an abuse of power and an unfair punishment, and following my sense of honesty and loyalty that I have always followed, my principles and values, I can no longer continue doing my duties as a member of the IHF.

– It’s not the first time that people has spoken out about Hassan Moustafa and the methods of the IHF president. Javier Moure Fernandez is not afraid to speak his mind about the president.

– After 21 years being the IHF President has established a dictatorial regime, based in fear and punishment for diversity of opinions. This is well known for many people inside and outside the IHF. Every single movement must be approved by the President. He thinks that any proposal of working in a different way is a proof of disobedience. In case he does not agree with something, his manners most of the times are lacking of the minimum respect, and the persons involved will most likely receive retaliation.

– In the 21st century, this way of representing a sport such wonderful as handball is seems to be far away from the idea of modernity that we try to show to the world. It actually is a very damaging image seen both from inside and outside.

Do you know what employees at the IHF feel regarding the work environment?

– I am not allowed to speak for others, they should do it by themselves. But what I am able to say clearly is that the overall opinion is negative. Everybody knows and suffers his methods, and they do accept them either because they are afraid of losing their positions or just in order to avoid a punishment. At the events where he is present, tension and fear are notorious. It is definitely not the best atmosphere for working and being focused.

– He has even done public criticism of refereeing performances in the game courts and in front of the officials and federation presidents. In my opinion, people working around the IHF president should think more in helping handball and not just in keeping their own status, by reporting publicly all this unappropriated behavior, his interferences and interested decisions.  This would be the only way to improve and look forward to put handball where it deserves to be placed.

– Maybe a further support to the situations that Ramon Gallego has described in his resignation letter would help to change this dangerous situation. Handball is at real risk under the power of Mr. Moustafa, and it would surely be very difficult to recover it in the future.

Do you think that Hassan Moustafa should be allowed to continue as president at the IHF?

– I am not the one that should decide this question. I do believe that in politics and sport the chairmen and presidents should not be more than 8 years in charge. That period is time enough to develop a project, but if it gets too long, there is a serious risk of unnecessary power deviation. My humble opinion is that an important change of mentality is needed. Handball needs a new leader, with enough managing experience, in order to modernize the structure of the IHF. New faces, new methods, new ideas.

Read more: Ramon Gallego responds to the IHF
Read more: IHF lecturer Huelin: ”I don’t know anybody that is happy” 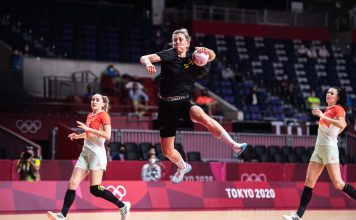